Being confined to my apartment because of the curfew and stay-at-home edict, last week I decided to install two Security Updates from Apple into my MacBook laptop. (A sign of how bored I am.) I figured the processes would take maybe an hour — these have always gone smoothly.

The first upgrade stopped after only a few minutes with the word “Error” followed by a number. No explanation of what had gone wrong, or what in the hell I was supposed to do. So I continued to the second one, which seemed to work fine, but after it finished I was unable to restart the laptop. In fact, I could not even shut it down — the only way to turn it off was to press the power button for six or seven seconds (known as an Emergency Shut Down). Not something that should be done on a regular basis.

I spent the rest of the afternoon trying to fix the trouble, even going so far as to download the new operating system (Catalina), which froze on the final step. Finally, I threw up my hands and began a reboot from a flash drive — something I’ve never done before. This time everything worked (to my immense relief) though I was kept busy most of the next two days restoring my personal settings. (Good thing I have all this free time on my hands.) In the process I ran into a another serious problem and decided it was time to contact Apple for assistance. But once again I was flummoxed. Their help number only had six digits following the 1-800:

These are just more sad examples of the company’s lack of concern for its customers, especially those who are still using its basic products. The macOS High Sierra release I’m currently on has almost daily problems of varying degrees. It seems that the focus — and priority — has shifted to the aren’t-these-neat devices (the latest iPhone, Apple Watch, Apple TV, Apple Condoms), leaving me with a screwed up machine and no way to call for help.

I believe I will pass on purchasing any of the showy Apple gadgets. I do not want them in my life. With the pandemic continuing to spread throughout the world — and the Bangkok bars closed 😲 — my blood pressure is already too high.

I am not envious.

Last month I tried to use the Intenso Memory 2 Move WiFi with my MacBook Air. But my MacBook Air became crazy. I think Intenso is useless. 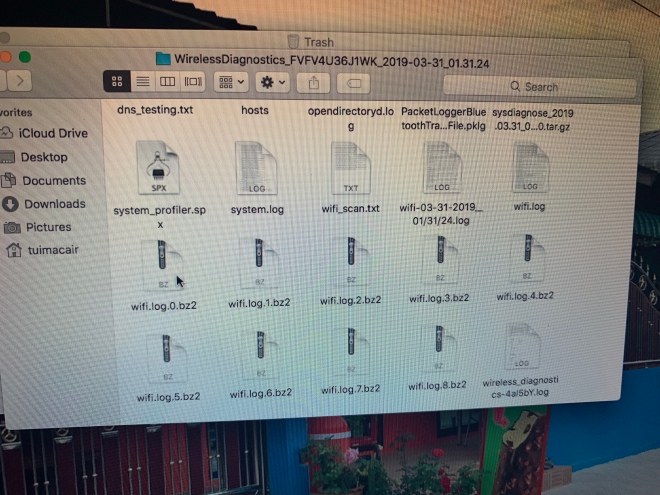 Although I have decided against purchasing an iPhone, fearing it would demand too much of my time and attention, I’ve nevertheless found a use for Apple’s technology: to enhance my leisure hours at home.

In many respects, my apartment is a bulwark against the occasions when this country becomes a bit much. The taxi driver who won’t pick up me and my date because the drive requires a ticklish right-hand turn at a busy intersection (the Thais drive on the left side of the road); the ladyboy who won’t let go of me even after I tell him (her?) no thanks; the crowds and the sapping humidity. There are days when all I want is to stay huddled inside and indulge in my favorite means of relaxation: books and movies.

Unfortunately, the films offered on cable here have been a major disappointment. HBO Asia, like it’s counterpart in the U.S., feeds the natives a largely insipid collection of simple-minded formula flicks, blow-em-up action movies, or goofy animation. The ultimate purpose seems to be to dumb down the Thais and other peoples of this region to the level of the Americans — no mean feat. (In fairness, there are a few quality movies shown, but like a solar eclipse they require a real effort to track down as they occur on rare occasions and at weird hours.)

To escape the frustration of this entertainment cesspool, I decided to purchase a DVD player. For over a year this alternative worked fine. But then I started running out of places to store all the DVDs I’d bought. They began spilling out of the drawers and cupboards, making a middle-of-the-night grope to the bathroom hazardous. In desperation, I turned to my MacBook Air laptop. I had been downloading music from the iTunes Store practically from the day I bought it. However, I’d always ignored the accompanying movie selections since the ones being advertised had no appeal. But then I got the idea of trying a search of iTunes to see what else might be out there. Brushing DVDs off the sofa, I cleared a narrow space to sit down in and went to work, using a list of my all-time best-loved films.

The results were mixed. At times iTunes would whine that it was offline and unable to process my search request. (Imagine Google having this problem.) Nor did there seem to be any foreign movies. However, plenty of my English language favorites were available, which I quickly purchased and downloaded into my machine: Brazil, Lone Star and Rocky Horror Picture Show for starters. To these I added two TV shows from my long-ago youth: Twilight Zone and Outer Limits. And for any items I did not actually care to own, there’s a rental option. Wow! Welcome to the twenty-first century.

Since those wondrous discoveries, I’ve become a more contented person (especially since I now have the sofa all to myself). In addition to the iTunes products, I’ve downloaded some thirty tomes from iBooks. After a stressful day of edging around street vendors and dodging motorbikes, I now have some pleasing means of unwinding. For those planning to be away for an extended period of time, the lesson should be clear: Don’t leave the laptop at home! 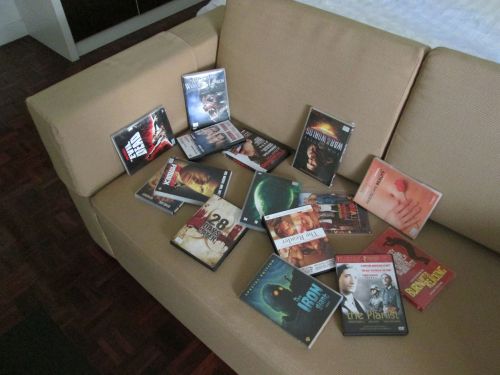 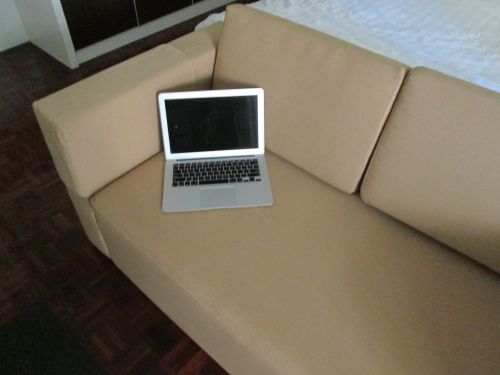