As the posts in this blog have shown, I am prone to opening up my wallet for my Thai ladies far beyond the call of duty. I think it’s a combination of a kind heart (jai dii) and sense of fairness: they have next to nothing while I am quite comfortably well off.

When it comes to my belongings, however, my attitude is somewhat less generous. I don’t have a lot of “stuff”, but what I do have is important to me. When I loan something out, I expect it to be returned, and within a reasonable timeframe. But the girls, who see this rich farang who wants for nothing, do not always share my concerns.

Noy was my first “borrower”. She’d worked in the Swan IV bar just down the street. An intense lover with a compact, petite figure, she was by far the best that sordid drinking hole had to offer. Our first little get-together held the promise of more enchantments to come. But then, as she was leaving, she asked if she could wear one of my t-shirts home in order to cover her sexy attire. This seemed a reasonable request and so I graciously accommodated her. It was only afterwards that I found myself wondering why, if she was so concerned about appearances, she did not bring something modest with her to work to change into.

The next evening, anxious to retrieve my clothing (I only had maybe five serviceable t-shirts at the time), I marched into the bar and zeroed in on Noy. She promptly retreated to the back room and brought the shirt out in a paper bag, all nicely washed and pressed. Although no harm had been done, this little affair didn’t sit well with me for some reason and I never again took her back to my apartment. We did, however, develop a comfortable friendship and I’d on occasion stop by the bar to buy her a drink and chat.

That turned out to be my best lending experience.

Som was a girl who also worked in a bar further down Soi 4, but as a waitress, meaning it was difficult to take her home, management not keen on losing its workers for the night. She’d served me drinks on various occasions and it was clear we were fond of each other. But the affection never went beyond light touching. Then, two months ago, I ran across her in Soi Cowboy where she’d started work as a “greeter” for the Country Roads bar. This new job allowed her to go home with customers and within fifteen minutes after exchanging pleasantries, we were hailing a cab to my apartment to unlock our pent-up desires.

I’ve never been one to rate a woman’s performance in bed. At my age, I am far more focused on my side of the ledger. But Som’s enthusiasm and acrobatics had me almost applauding by the end. I felt more like a spectator than a participant. There was no question she was going to be one of my regular dates and when she hinted about needing something to slip over her slinky black dress, I nearly tore the sleeve off one of my t-shirts yanking it off the closet hanger.

This time I would not reclaim my temporary gift for almost two weeks. It took two trips to Country Roads (not finding Som on either visit) and a grouchy text message before I could arrange a handover meeting. When I finally got the shirt back, it had not been washed and still carried the scent of her perfume. Some men might have found that a turn-on. I was disgusted.

But the most frustrating transaction to date has been with Newt, the massage girl next door. Our friendship had warmed recently and I’d let her borrow a couple of my horror DVDs. The true horror, however, occurred when I tried to retrieve them. I must have stopped by the massage parlor four times over the course of three weeks. Only once was Newt there, and on that occasion was unable to return the discs because they’d been lent to a friend of hers who had locked them in her work locker, then quit her job. (This sequence of events sounded so outlandish I wondered if it had been made up.)

Because Newt works right next to my apartment complex, I decided to curtail my futile recovery efforts and simply wait to see what happened the next time I ran into her taking a cigarette break out front. Either she would give me the DVDs then, or have to provide another convoluted explanation as to why she was unable. When this encounter finally occurred, to my surprise, she hailed me over and handed the movies back with no fuss or drama.

I think the best approach in this country is to not lend anything to the locals. But if you must, be sure it’s an item you are willing to do without, possibly for weeks on end. As for my two tardy delinquents, Som I won’t be seeing again and while I cannot avoid Newt, I’m going to hold off on the treats I occasionally surprise her with for awhile. 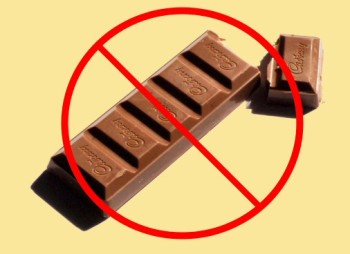 Related Posts You May Enjoy
The New Newt