Today was one of those occasions where, under more pleasant circumstances, I could have possibly pushed myself to another seventy mile effort. But I was doing good this morning simply to get up and out on the road.

It was a miserable night. The mattress was too soft and around 4:00 a.m. I awoke with a backache, a sore neck and the remnants of that migraine. I fixed the discomfort by putting my blue sleeping pad beneath me, which added some firmness. But it was nowhere near a quality night’s rest. In my muddled state, I at one point was considering extending my stay at the hotel in hopes that by some miracle I’d get better shuteye the second time around. But I came to my senses and managed to get myself up, packed, and out the door. After about a half hour of peddling, I began feeling better although it became unpleasantly hot after lunch. I had to stop and replenish my water bottles a couple of times.

I’m now in a far better hotel (in Idaho!) with only a trace of the migraine. Considering the heat and my general condition, I’m going to chalk this day up as a minor victory. There are going to be times where I’ll have little enthusiasm for arising in the early morning chilliness in order to cycle for six or more hours. But there’s really no other choice. I run the risk of increasingly unpleasant weather if this little expedition runs past the middle of next month. In a very real sense, I am racing the season. And grandma’s birthday also will not wait!

Later…
Instead of munching on some tasteless convenience store sandwich-and-chips dinner in my hotel room, I instead went out to a Mexican restaurant recommended by the woman at the front desk. There I enjoyed the best taco salad of the year and passed on my compliments to the cook. (Of course, I was so famished they could have substituted Alpo for the beef and I would not have noticed.)

Besides the food, I liked the friendliness of the place. Everyone seemed to know everyone else. A welcomed contrast to the anonymity of the big city.

For the evening’s entertainment, I caught not one but two good movies on cable — but should have gone to bed after the first. The weatherman is saying tomorrow is going to be another hot one. 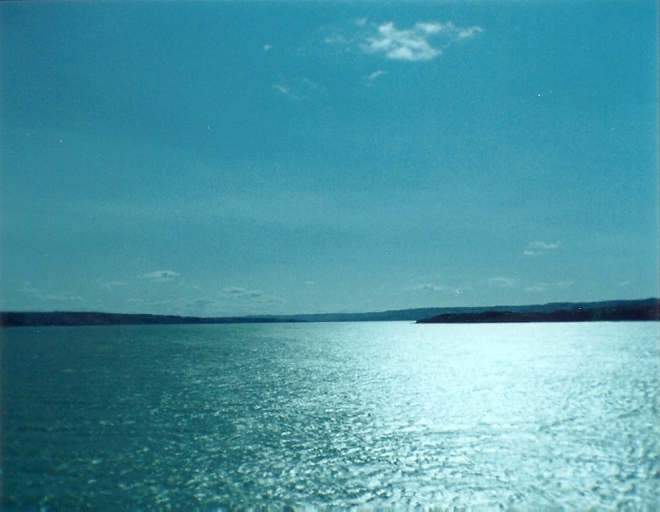