James and Emily were both originally from Virginia. Later they moved to Illinois where the family was raised.

James Wilson was a distinguished looking, tobacco chewing farmer. His penmanship was very artistic and stylish. Together, he and Emily raised a family of five boys and four girls. Of these, seven lived to adulthood.

Little is known about Emily aside from her being a housekeeper — a busy job with so many children to attend to. She died unexpectedly one day while cutting potatoes outside with one of her granddaughters.

After Emily’s death, James moved back to Virginia to live with his son Kenneth. When the money began running out, James then returned to Iowa to live with another son, Earl. While there he babysat the children, cooked, and helped out with the farm work.

In 1925, pushing seventy, James married a second time. His bride, Cora, was only in her thirties and may have figured her elderly bridegroom had some money stashed away. They moved to Nevada, Iowa to live. Here James split ash to create sledgehammer and ax handles for a living and also tended a garden. Cora would periodically make him take flowers to the cemetery to place at the grave of her first husband.

Amongst James’s many talents was the ability to make moonshine out of yeast and sugar. One afternoon when Cora was away, he made up a batch for himself and her father, who was slightly younger than James. The two often got into arguments and this time, prodded by the moonshine, ended up fighting and breaking a few things. When Cora finally got home and saw what had happened, that was the end of the home brew!

As he aged, James’s memory began to falter and sometimes he would get lost while downtown. (This was probably a form of Alzheimer’s.) He died in his late eighties with a life that spanned from before the Civil War to the middle of World War II. 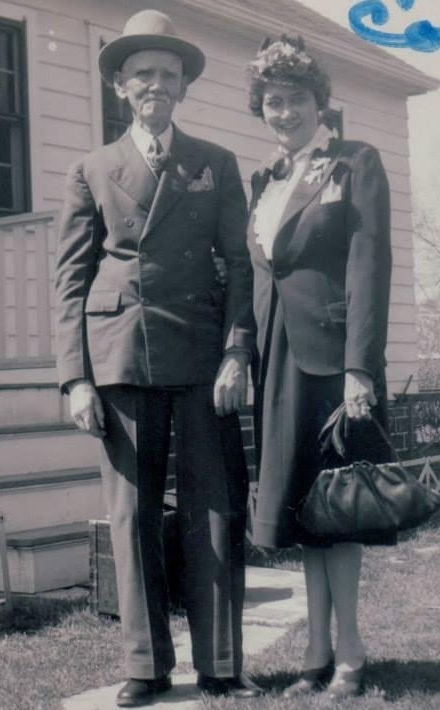