Editor’s Note: In August of 1968, Uncle Willard, my grandfather’s brother-in-law, died unexpectedly. He was buried in the lower section of the Williams Cemetery. During the service, my Grandma Lou told me that if I followed the second line of gravestones from the road up the hill, I would find the Vollenweider plot (her grandparents). Being eleven years old, the chance to sneak away and do some exploring sounded exciting and I quickly scampered off. Five minutes later I came upon the handsome obelisk, then went back to report my triumph. Thanks to this little adventure, I have never forgotten its location.
________________________________________________________

John Vollenweider was born in the picturesque town of Aarburg, Switzerland. The records there show his date of birth as November 3, 1842 and that he was baptized on November 20. His tombstone in the U.S., however, lists October 22 as his birth date. This is probably be due to the difference between the Gregorian (or modern) calendar versus the Julian. At the time of John’s birth, they would have been twelve days apart, with the Julian lagging.

John came to American as a young boy and settled in Georgetown, Wisconsin where he met and eventually married Eliza. In 1875, the couple and their two daughters moved to Williams, Iowa where John used his cabinet making skills to open up the town’s first furniture store. The family lived upstairs on the second floor. The store burned down in the disastrous Williams fire of 1882 in which everyone had to flee in their nightclothes. The building was uninsured, resulting in a loss of $1,400. After that, the family moved out to a farm. While in Iowa, three more children came along.

Although he was a creative individual, as left-handed people sometimes are, John was not very industrious. Eliza did almost all the work from keeping house to raising a garden. Soon after she died in 1896, John and the two boys moved down to a ranch in Texas. One of their diversions was hunting deer at night. John also owned (and could play) a rare Stradivarius violin, which lamentably was lost to history. A somewhat eclectic mix of hobbies.

John later returned to Iowa, passing away in June of 1917. There is some confusion surrounding this date as well: the tombstone says June 15, but John’s granddaughter Lucille Caudle (Wilson) distinctly remembered him dying on her ninth birthday, which was a day earlier. It may be that both dates on John Vollenweider’s gravestone are incorrect. 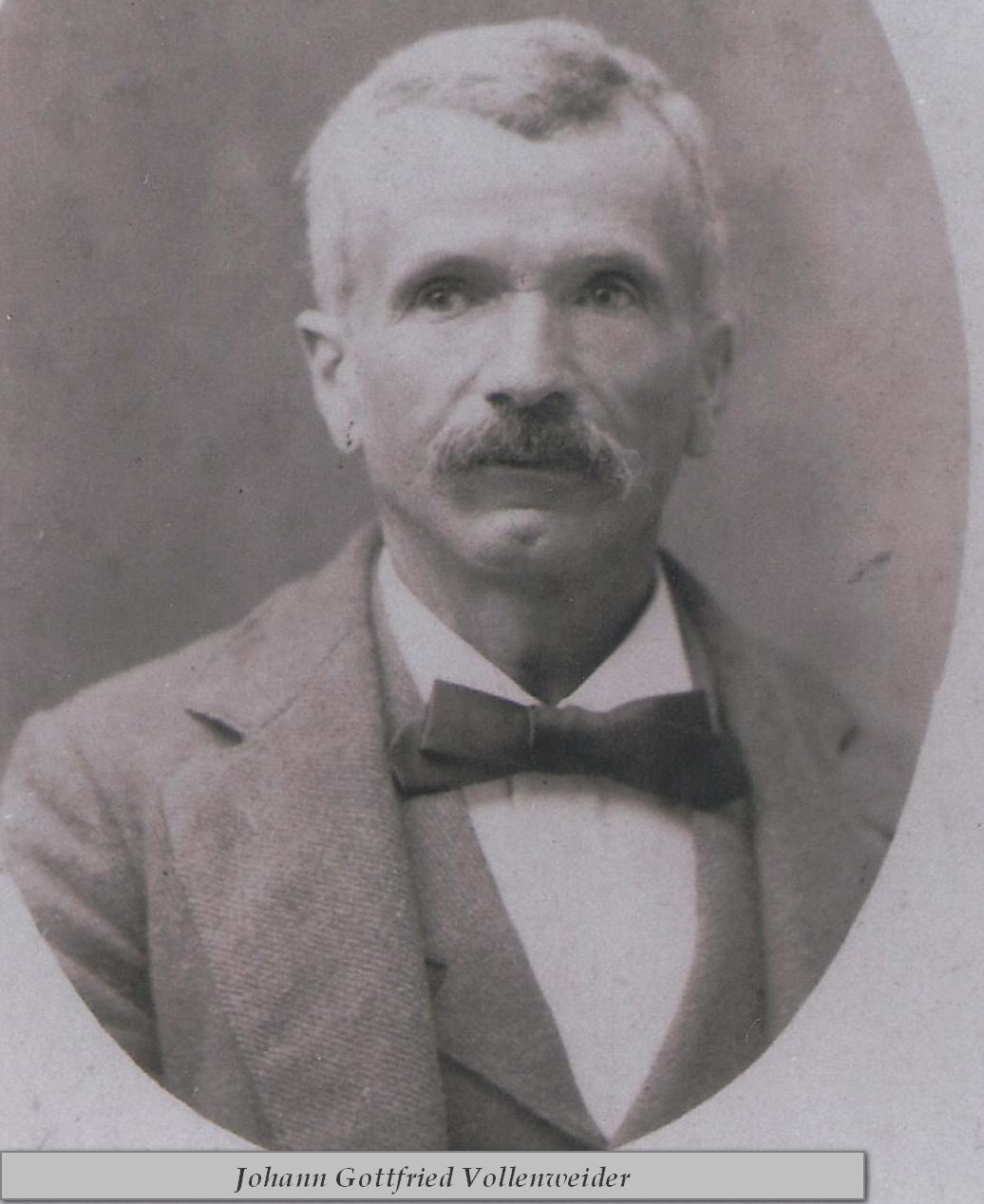 One thought on “John & Eliza Vollenweider”