Two months ago, after some deliberation, I gave my email address to one of my high school classmates who is compiling a list of everyone she can find for our reunion in 2015. A couple of my old friends have since gotten in touch and it’s been a delight reconnecting with people I have not heard from in almost forty years. Then, one of them passed on the word that my high school girlfriend wanted to contact me.

“June” and I had had a checkered past. We started going together in the 8th grade after slow dancing during some junior high outing. It was first love for both of us, full of the usual adolescence dramas and desires. Then just before our sophomore year of high school, I callously broke up with her. Having what we nowadays call a “hot” body, it was only a matter of weeks before June was dating some upperclassman while I, trapped in my awkward scrawniness, could only look on in envy from the social sidelines. On occasion I would bang my head against my locker, asking myself just what the hell I had been thinking.

This aggravating state of affairs lasted for two years as June seemed to move effortlessly from one boyfriend to the next. My feelings throughout this, a kind of dating interregnum for me, ranged from mindless jealousy to genuine concern over the things she was getting into such as (horror of horrors) drinking. Little did I realize at the time what an important tool alcohol would someday become in my own dating arsenal.

Then came our senior year when lo and behold, we got back together! This was entirely June’s initiative. In fact, she broke off an engagement and I almost got beaten up by the jilted groom-to-be, who happened to be a black belt. Yet despite my surviving this brush with death, we could never quite recapture the old magic. I suspect it was largely because our high school experiences had made us different people. Whatever the reason, it was June who this time around broke up with me. To this day, I cannot recall the reason; I only remember sitting in the passenger seat of her GM Vega, sobbing. My hurt eventually turned into meanness a few months afterwards when I put a nasty note in June’s locker, accompanied by her senior photo with the “b” word etched across her face. These insightful items got mailed to my home, causing me to receive a stern lecture about writing down stupid remarks for all the world to see. (Such as I’m doing now.) Determined to have the last word, or at least the final gesture, I then gave my ex-girlfriend the finger following our graduation ceremony. Such classless acts did not sit well with me and I eventually mailed her an apology letter. It was the last communication for thirty-eight years.

Which brings us to the present. Through our mutual friend, I learned that June wanted to tell me about some painful issues she’d had to deal with in high school, of which I was unaware of at the time. More than a little curious, I emailed her directly, encouraging her to share. I’ll leave out the details of what I discovered, but will say that the cards were certainly stacked against us back then. Interestingly enough, both of us were now concerned that the other was still angry and holding a grudge, which happily is not the case at all. I was in fact impressed with her honesty and the manner in which she’s handled the challenges in her life. I was also surprised to learn that our past troubles were, from her perspective, not my fault at all. (I still think was a jerk, however.)

There remained one concern. From the tone of her messages, it sounded like June was wanting to re-enter my life, probably as an email buddy. She would not be the first “ex” to become curious about me. But in spite of my newfound understanding of our history, I felt there still remained baggage that would prevent a healthy friendship, and explained I was not interested in staying in touch because of that. This reasoning earned me a well-written rebuke sprinkled with such therapeutic-sounding words as maturity and growth. In essence, I was accused of lacking the ability to work through our issues.

But why would I want to? Here in Bangkok I have all kinds of young female friends for all occasions: playing pool, visiting a go-go, watching a DVD while snuggling on my sofa, getting a slow, sensual massage…and one other activity I can’t recall at the moment. It’s an interesting reversal from high school, when June had all the attention. Not that I’ve evolved into some kind of Don Juan; it’s simply that being a decent person here in Bangkok counts for more than back home. If you are kind, occasionally thoughtful, and keep your hair combed, why, you can have all kinds of lady acquaintances. (And if you open your wallet, the sky’s the limit.) The idea of stepping outside this utopia to deal with accusations from a woman I haven’t seen in four decades has decidedly limited appeal.

Wishing June all the happiness due her… 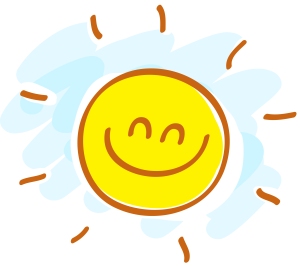